ClassVR supports the playback of panoramic videos in a variety of forms. Note that panoramic videos are stored just like normal video files: each frame is a simple rectangle. The video player then arranges the content of each frame to give the panoramic effect, which is known as a projection. It is not always possible to determine the projection for a video file automatically as there are no universally recognised standards, so in some cases the user must tag the file with the correct projection before viewing it on a headset.

The most common projection is equirectangular. In exactly the same way the sphere of the Earth is represented as a 2D rectangular map, a 360 panoramic view can be flattened into a 2D video frame. Here is an example of a panoramic photo inside a church that has been stored using an equirectangular projection: 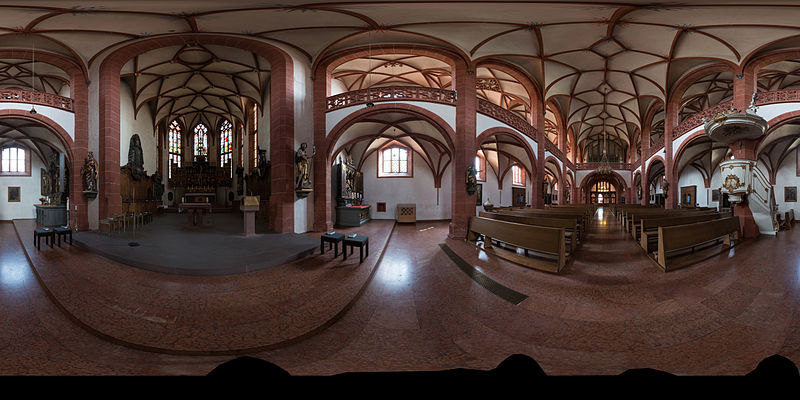 Panoramic church interior in equirectangular projection
When a media file is uploaded to the ClassVR cloud it is assumed to be in equirectangular format and the tag is added, shown in the lower right-hand corner of the thumbnail like this: 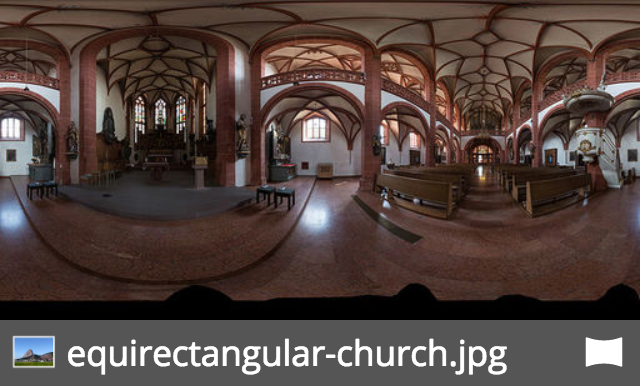 Thumbnail view in ClassVR cloud
To remove this tag, use the context menu (right-click) and select Remove Equirectangular Tag. 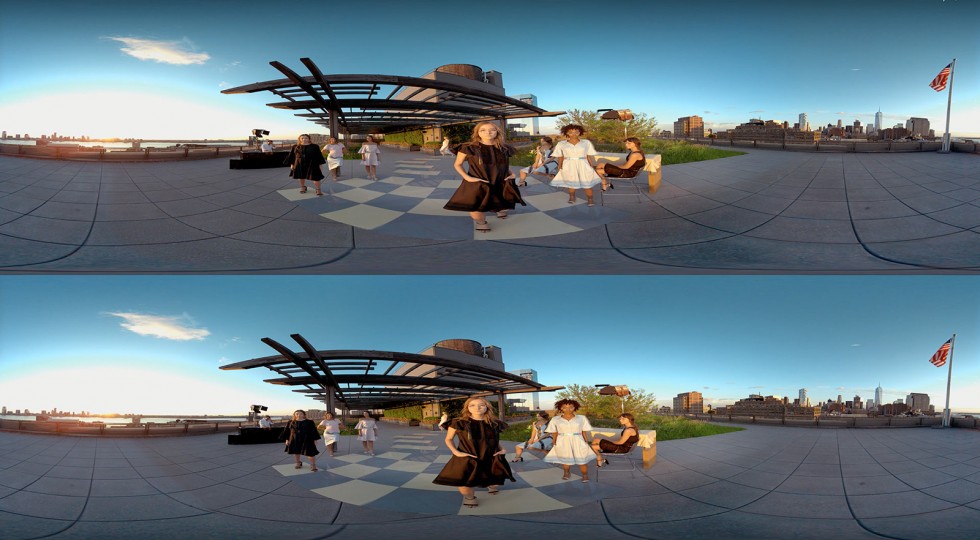 Stereo equirectangular panorama example
Although files uploaded to the ClassVR cloud will be automatically tagged as Equirectangular, users must manually tag stereo images as shown here:

Stereo tag example
This tells the image or video viewer in the ClassVR headset to present the media in the correct way.

Another emerging format for video files is the equiangular cubemap (EAC), in which the view is split into six sections that correspond to the six faces of a cube. ClassVR supports a popular version of this format in which the left, front, and right faces of the cube are stored sequentially in the top half of the image and the bottom, rear, and top faces of the cube are stored in the bottom half of the image. There is no approved standard for this format and ongoing support for this format is not guaranteed.
Here is an example of an EAC frame: 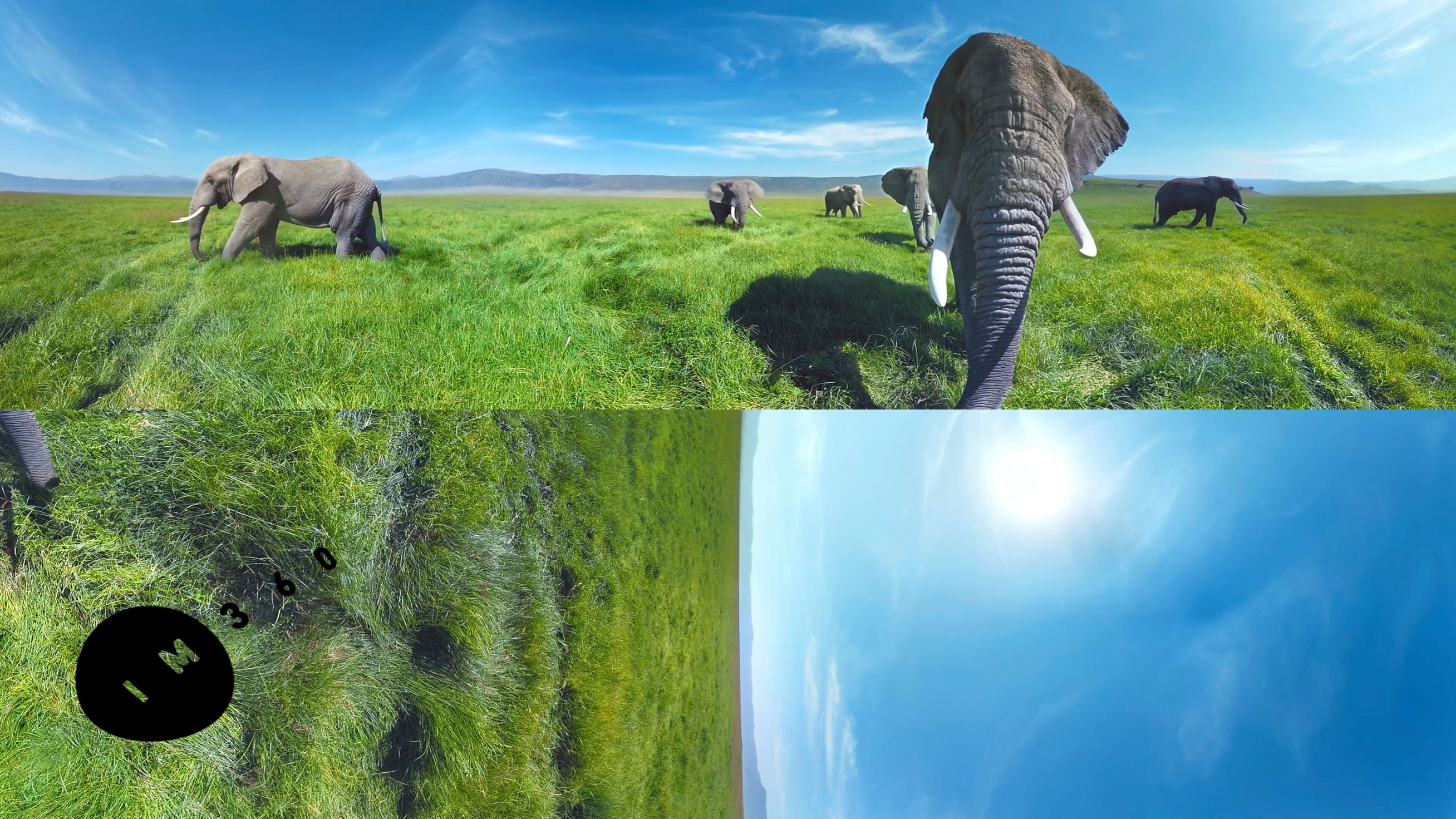 EAC video frame
EAC videos that have been uploaded to ClassVR cloud need to be tagged with the Cubemap tag.

EAC videos can also come in a stereo format, where the images for both eyes are stored in a single frame as shown below: 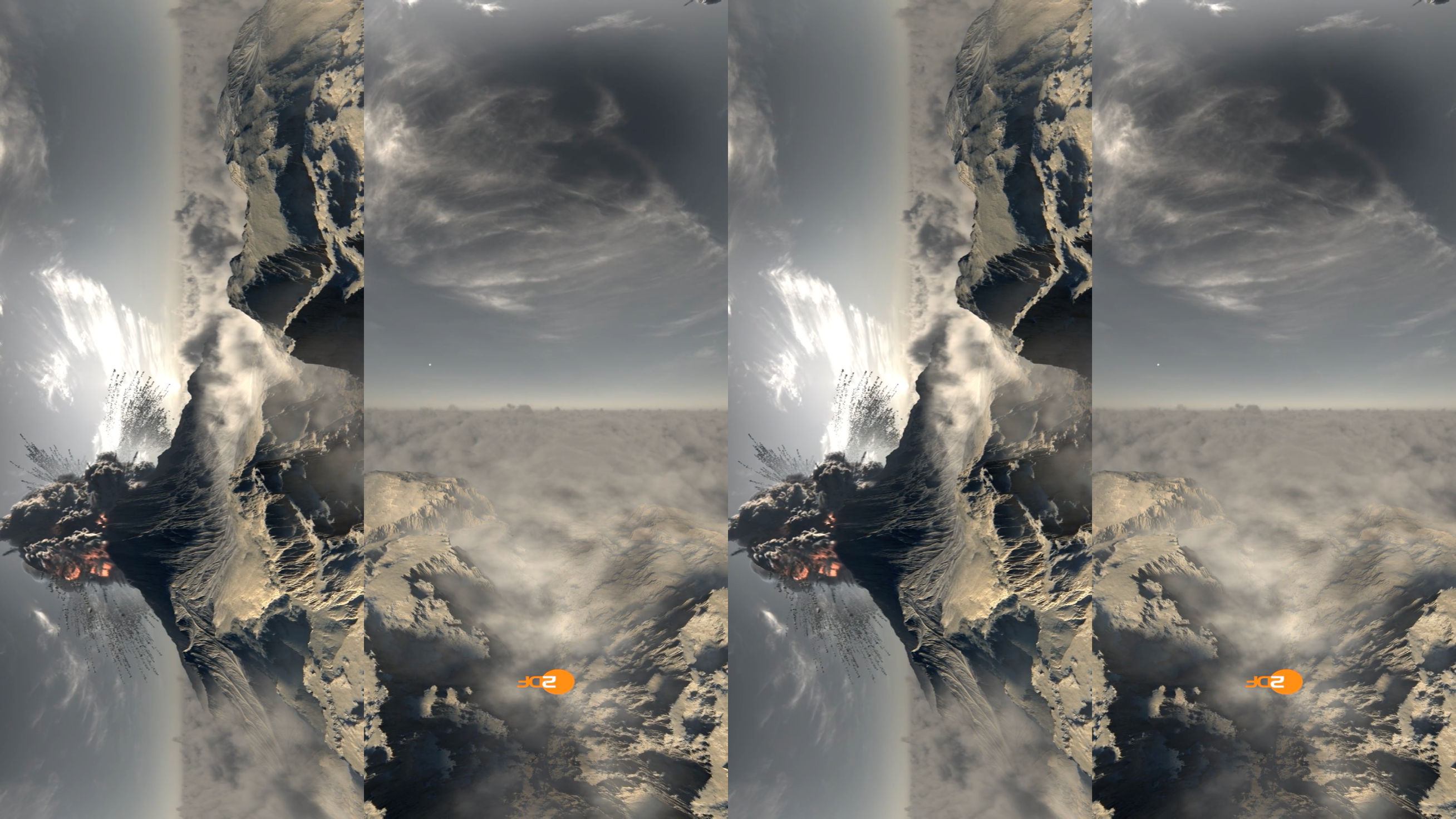 Stereo EAC video frame
Videos like this need both the Cubemap and Stereo tags.

Playback of traditional flat pictures or videos is now supported. On the ClassVR portal, the first option is "Remove Equirectangular Tag (Flat Image)". Select this and then the image or video will display in the headset in a traditional flat view - without being stretched round the entire screen. When re-tagging, you must drag and drop the content back into the playlist pane and resend the track for the change to take effect. Once the tag has been removed, the content should then display in a flat view. You can re-tag the content by right clicking and adding in a 180-degree or 360-degree tag to the content. Tagging it with the 360 degree option will stretch the image around the entire display; tagging with the 180 degree option will spread around half of the display. When re-tagging, you must drag and drop the content back into the playlist pane and resend the track for the change to take effect.